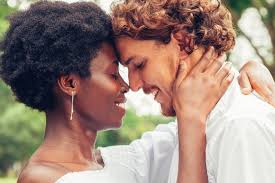 Dating someone of a different race may or may not be a big deal to you, but that doesn’t mean it won’t cause you some anxiety. Dating, in general, tends to have that effect, but combined with today’s atmosphere of (thankfully) being more aware of others, it’s understandable that you may feel a little worried.

When people get anxious and worried, however, they can have egregious lapses of the mind which, in this scenario, can lead to heartache.

If your potential honey is from a different culture, here are a few things to keep in mind so you don’t get hurt and don’t hurt anyone.

Let’s say you’ve been dating for a while and things are going great… but you have yet to meet their family, friends – not even their roommate. Do you only end up at inconspicuous places in one specific area of your city or town? Maybe you only go out at night…

You see where this is headed.

If you ask to meet their friends or family and they avoid the topic, end that right away. Anyone ashamed of being with you is not good enough for you.

And there is no story or excuse to make that kind of behavior okay.

Red flag: “I’ve always fantasized about dating someone like you.” Do they mean a woman that’s 5 foot 9 inches with brown eyes, who forgets her favorite color is indigo and keeps telling everyone it’s purple instead?

They don’t know you and are most likely looking for ‘the experience’ or are experimenting. Don’t be anyone’s trial run, and don’t let someone use you to make themselves feel more interesting.

On that note, also avoid anyone who is trying to make a statement by dating you. You’re not an experiment or a statement.

3. Don’t Surprise Your Family with Your Partner

There may be people who have an issue with who you choose to date. This is fine when it’s some clown on the street, staring at you or saying something rude; that is easy to ignore. When it’s your family, it’s another matter entirely.

Be a decent person and give your family a heads up – not only for their benefit, but for you and your partner’s as well.

If you know your family is racist or has strong feelings about dating outside of their culture, tell your partner this ahead of time. Though your family’s issues are not your own, letting them know any issues that can make the meet up less awkward is a good idea.

It’s better for them to know your uncle is sleeping on the couch and won’t leave until you dad pays him before you bring your love into the house.

Focus on Each Other

Interracial dating is not a project or a way to make a point – this is your real life. Laugh, be awkward and don’t notice every stare you get or think people are racist (they make think you two look great together).

When all’s said and done, you have to follow your heart and kick anyone to the curb that isn’t doing the same with you.