What Does God Feel About Gay Interracial Relationships? 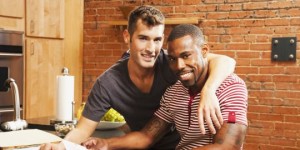 This article will attempt to offer an objective view of the controversial issue of the gay marriage. Whether you are looking for a gay partner who shares your faith on interracial dating sites, or are looking for answers on what to say to a family member who does not approve of your relationship, you may find some answers from this discussion.

Most of the arguments against gay relationships, stemming from monotheistic religions, have to do with two mentions of supposedly homosexual activities—one involving the Sodomites, who wanted to “know” or have intercourse with Lot’s visiting angelic guests, and the other instances in which Apostle Paul spoke of men leaving the natural desires for women and becoming inflamed towards each other.

While most Baptist Christian religions, and some Catholic or Protestant religions, use these biblical accounts as proof of homosexuality being a sin, many other Christian religions have adjusted their views of gay or lesbian relationships being a sin. An alternative explanation to the account of Sodom and Gomorrah is that the Sodomites’ sin was not in being gay, but because they were rapists.

As for Paul’s statement, it is important to remember that during this time, homosexuality was not recognized as a scientific or natural reality. While they knew gay behavior existed, they attributed it to men being overly “lustful” and wanting more than what women were capable of giving them. Scientific focus came into mainstream knowledge in the Enlightenment Age and onward into the late 1900s when it was proven that for many animal species, as well as in human beings, gay attraction is not a choice but a biological fact.

Most Jewish beliefs have also modernized in this regard, except for orthodox Jews. Secular Muslims also have a more tolerant view of the sexual behavior, having considered the scientific evidence.

If your friends or family doesn’t approve of your relationship, remember that it simply means they don’t understand. In their minds, you are sinning because you don’t share the same religious views as they do. However, emphasize to them that you still love them and hope they can come around to accept your choices.

You can also continue being kind to them, showing them that just because you have different viewpoints on religion, you are still a moral person and one to be proud of. Many families have been won over by showing kindness as a proud and confident gay man who still tolerated the disapproval of others.

On the other hand, if a person is continuously vindictive and hateful you may have to stop talking to that person for your own health and sanity. You can only compromise so much and if the interracial gay dating relationship becomes abusive, let that person go! Do not continue to listen to that toxic thinking. Just let it be known that when they are willing to speak with respect and love, you will always be there. Be proud of who you are and continue to think positively. You may be surprised at how others will eventually come around and see things your way.