What You Learn About Interracial Dating or Mixed Dating 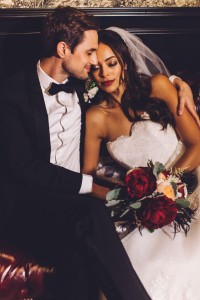 Of course, there are a number of issues that come up and they can be troubling for someone, especially if that person is new to interracial dating or mixed dating. One of the most common issues is a culture clash. If you are not prepared to humble yourself and “learn” a little bit about your date’s culture and language, there may be problems down the road.

It’s unfortunate that in comedy shows and reality shows, racial stereotyping and offensive humor is commonplace. But taking that kind of attitude is only going to provoke your crush or his/her parents. This is why it’s best to keep an open mind, avoid judgment and expect the unexpected. This is not only going to avoid conflict but it’s also going to endear you to your date’s family, who is just praying that you’re not an opinionated and mean-spirited jerk.

Culture is not always a beautiful thing either. For example, some black men in America have to endure racial profiling. It’s also becoming quite common among Arabic or Persian men. It’s not fair, but it happens. It serves no purpose for you, as a white person to become upset about it and create a scene. Your intentions may be good but if you keep embarrassing your date every time a social injustice happen, it will create tension. Instead, be supportive of him or her; but don’t treat over dramatize everything that happens.

As a mixed race couple or individual you may actually bring a number of cultures and habits together, especially if your parents came from two distinct cultures. What might help you to build rapport with your partner and their family is to learn a little bit about their heritage, country of origin and habits. Of course, while knowledge is always an advantage, don’t determine that you “know everything” before you actually start meeting these people. You may even find that some stereotypes you always thought were true were in fact huge exaggerations or not true at all.

It is also possible that as a mixed race person or couple that you will have not a lot of cultural knowledge, especially if one or both parents did not make an effort to teach it to you. Many immigrants have children that adopt American culture and personality traits and so they actually relate more to white people and share a mainstream since of culture and identity. When dating someone of a mixed race, it’s clearly a case of “don’t assume anything without asking!”

Honestly, sometimes people say the most insensitive things, and most of the time they don’t even meet anything nasty by their comments. They may say all sorts of silly things from the classic “I once dated someone black (or Asian or whatever)” or even to the more recent phenomenon, “So you like black guys?”

Of course, the fact that one or both of you is interracial and not just one race is irrelevant. It’s just rude human nature to notice the peripherals. Unfortunately, a lot of people seem to think that mixed race attraction is all about fetishism. As if you just have a sexual kink for someone of a mixed race or different race. Of course, this is an illogical argument because a fetish is closely connected with a person’s basic attraction. Attraction isn’t just sexual or just romantic. It is simply a biological phenomenon and it is what causes us to seek out the kind of partners we want. Whether we fall in love or just fulfill sexual desires is the individual’s choice.

Therefore, you would do best to just laugh off the ignorance of others. They’re either going to say the wrong thing and offend you, or be overly nice and try so hard to be “cool with it” that it’s going to become awkward.

The good news is that it’s going to eventually get better. More and more interracial dating sites will be set up.  Friends and family will get used to your choice of partner and they will grow to accept it. However, it will be much easier to do so if you decide in advance to be mature about the situation. All that really matters in the end is compatibility. A shared bond with similar goals, interests and viewpoints on life. This transcends race and makes romances last a lifetime!