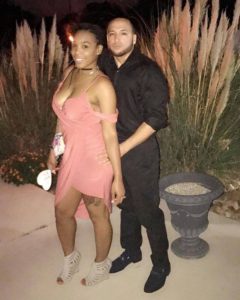 When it comes down to physical appearances, the Internet is the great equalizer.  You can Photoshop, use older photos of yourself or choose not to use a photo at all when you’re social networking.  While some users take advantage of this to scam or misrepresent themselves, the majority of social networking friendships are based on text.  You are who you write.

Unless you specifically state otherwise, you become race neutral.  This alone, has broken down many of the communication barriers.  Yet, despite a growing tolerance, only fifteen percent of Americans marry outside their race.

If we’re basing our compatibility on text, then why isn’t there more black and white dating?  Common interests are often the result of experiences within similar demographics, household economic status and degree of education.  A white woman growing up in rural America whose favorite hobby is horseback riding, might find it very difficult to find common ground with either a black or white man who was raised in Los Angeles.

Online dating can also be influenced by religion or culture.  Moving out of that comfort zone is strenuous.   There are rules for behavior and polite etiquette that must be learned, along with the differences in attitudes.  Love at first sight has a wonderful ring to it and has conquered many social prejudices, but love at first text doesn’t happen quite so often.

If you combined all the minority races together, they would still equal less the fifty percent of the US population.  Until recent years, there were entire regions of the United States that had very little exposure to minority races.  Even those who would like to have experienced black women white men dating, there was very little opportunity to do so.

Online dating sites have made it far easier for people to connect, but the opportunities still usually mean traveling to a new location and meeting someone you’ve never seen before.  Before the introduction of smart phones, this was a giant leap of trust.  Now, however, you can track your movements, learn about your meeting place ahead of time and stay in touch with your contacts.  You can ease into your dating relationship gradually, without making radical changes to your own life style.

The Future of Black and White Dating

Politically, the past year has been a set-back for equal rights advocates, with the loudest and most insensitive to the well-being of others, taking ring side seats, but the recent events have had very little effect on interracial dating.  The percentages of those who swirl have been the same since 2010.  As more people utilize the tools that will allow them to extend their search for their perfect interracial match outside their demographics and common sphere of friends, the numbers are expected to rise.  The primary obstacles yet to be overcome are social status, religion and culture.